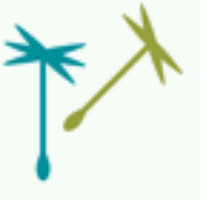 Feedback on the process

+++ The editorial process has ended. On the page International Strategy you can comment on the results and give general feedback. Or go to the individual focuses to comment on those. You find a list of them on the same page. +++

On this page you can give general feedback on the process of this online convention: Do you have any difficulties in taking part? Is everything understandable? Are there technical issues? What works well? How could it be improved? Thanks a lot for your feedback!

Please do not make any suggestions concerning the contents of the international strategy here (use the other subpages of International Strategy instead).